Polish scientists on the R/V Oceania are going to visit Faroe Islands on their way back home from the Arctic scientific cruise.

A group of 7 scientists from the Institute of Oceanology Polish Academy of Sciences will be visiting Faroe Islands between 24th and 28th August.

The guests will stay in the Fjord Cottage in Søldarfjørður hosted by Sabina Poulsen.

The scientists will come to the Faroe Islands by the unique research vessel, R/V Oceania, that is a triple-masted vessel, equipped with laboratories able to provide hydrographic, geological, optic, acoustic, chemical and biological experiments and observations.

R/V Oceania leaves Poland every year since 1987 at the beginning of June and spends in the Arctic three months. This year expedition is a 31th Arctic cruise in R/V Oceania history. The last leg of the cruise is dedicated to marine geology studies. A group of scientists lead by prof. Marek Zajączkowski left Longyearbyen on Svalbard and performed studies dedicated to the past climate changes (Dr. Magdalena Łącka) and paleogenetic studies (Dr. Joanna Pawłowska), including the sediment cores recovering from the shelf area of the eastern Greenland and Jan Mayen.

R/V Oceania itself will be moored in the Tórshavn harbour between 24th and 25th of August. 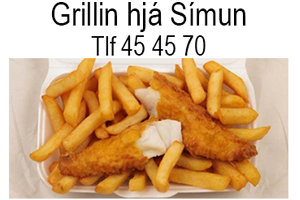